Wavy borders...please stop waving at me!!


About a year ago....I posted about this, maybe it's the time of year and with quilt deadlines for the holiday's, I'm a bit frustrated with borders constantly waving at me, it really slows everything up....anyway I'm posting it again!

A subject I think is really important! How to apply a border or borders to a quilt.

For years I use to sew my borders on to my quilt by starting on the top and sewing down to the edge of the quilt and then just cutting off the remaining.

Then I became a longarm quilter and found out that by doing that can possibly create some wonky quilts and wavy borders.   Here are some simple directions on how to apply borders.


We longarmers come across this often when quilting for others.  I think that some quilters are just unaware of how to apply borders and how it affects the squareness of the quilt and the difficulty it can be to quilt it.

It really is a simple thing that can make such a huge difference.  Thanks for taking the time to read this.  If you have any comments on the subject feel free to share...

Yes, it's a good thing to instruct how to apply borders. Some don't know how. Yes, a wavy border can make your job harder, I feel your pain. I don't quilt for others, I really don't want to work with wonky piecing. Just me. Just thought I would let you know some of us understand.
Carolyn

Flaun of I Plead Quilty! said...

I rarely ever do borders, but I just did and boy, howdy, do I wish I'd followed these instructions. (I knew them, but thought I didn't need to follow them for some stupid reason.) My blocks have a lot of bias in them, so my borders are all wavy. I was able to ease it out in basting, but will have to remember to follow the rules for the next rare occasion I add borders to my quilt.

I'm with I Plead Quilty here!
I try and try but always end up *trimming* once quilted! Thankfully I don't inflict my wavy borders on anyone else, I do my own quilting :D
I do think evil bias cutting has something to do with it though, a lot of my fussy cutting ends up on the bias but the only tip I've been given about it is to stitch around the whole outside of the finished quilt to stabilise it before basting and frankly that aint working!

Oh my gosh, I stink at adding borders! I try to avoid them altogether! I think the last time I had to add them, I did it the right way, but I still had to rip them off and do it again!... The border fabric is just too long to deal with...I'm against it!

Excellent reminder.
I have always done my borders as you have described. It makes a difference not only with larger quilts (for the long arm quilter) but even for wall hangings one can quilt on their home machine. I see it in guild all the time... the just "git 'er done" kinda borders. All that work on the construction of the quilt... sigh

I do alright with my borders but always worry that handling the quilt top is going to stretch them out and cause them to go wavy. Quilt tops are heavy! I'm constantly paranoid that I am overhandling a quilt top and causing the outer edges to become stretched and warped, especially when I'm working on tshirt quilt (which I somehow end up doing a lot of).

thank goodness we have the magic starch if all else fails...hang in there jenny...xoxo pam

I just spent 3 1/2 hours taking off wonky borders and re doing for a customer. They were just too bad to try to work with. yikes.
But I also have several customers who have the most perfect tops I am always in awe and love quilting for them. I think seeing such a variance in piecing has helped me become a better piec-er myself. It's good to have reminders occasionally. have a great week-

Once I started longarm quilting, I realized how important it is to put borders on this way. Such an important lesson for any quilter!

This would be difficult to deal with! I hope it's not my quilts that are giving you fits! 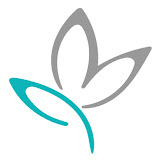